Most of the performances featured here were produced during the 22-year run of the Taos Poetry Circus, from 1982 through 2003. 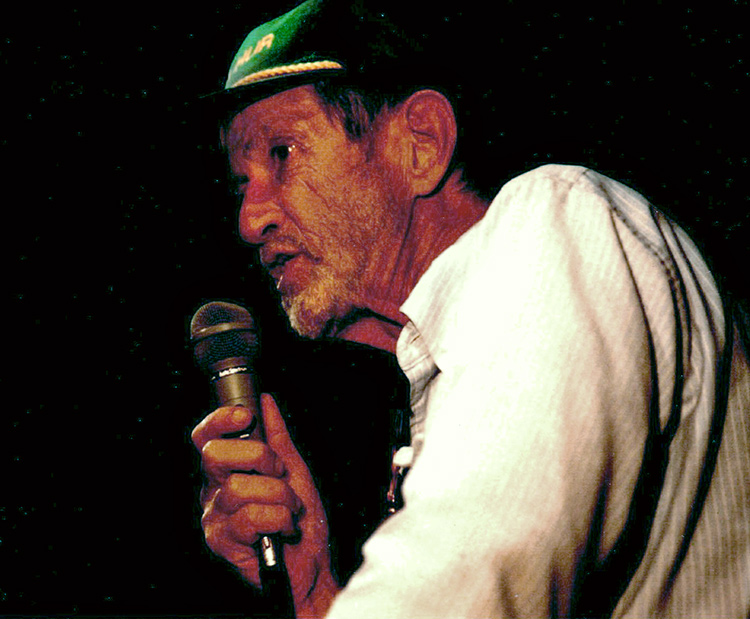 Peter Rabbit at the mic, 2000. Photo by John Rudiak

The best known of the Festival’s ongoing reading series was the WORLD HEAVYWEIGHT CHAMPIONSHIP POETRY BOUT. This improvisational event featured the best poets in a competitive performance staged as a boxing match. Billed as the “Main Event” of the Circus, it was presented in ten rounds, with a boxing ring, referee, bell, ring person and three judges whose scoring was patterned after the “Illinois Ten-Point Must System.”

The CONTEMPORARY VOICES SERIES showcased cutting-edge work by the world’s finest poets. The 1st Taos Poetry Circus featured Allen Ginsberg and Peter Orlovsky in the inaugural reading in this Series.

The GLOBAL VOICES SERIES featured cross-cultural communication, exposing many non-mainstream poets who worked with English as a second language. This series began in 1983 with readings by Denise Chavez and sci-fi master Roger Zelazny.

The TAG TEAM MATCHES pitted two 2-poet teams—one of older masters, one of younger players—against each other in an 8-round verbal duel before judges. Begun in 1998, this series showcased poetry in performance, “down and dirty” and at its best!

NEW MEXICO INVITATIONAL SERIES showcased the best poets in the state. The first reading in the series was held at the historic Martinez Hacienda in 1993 and featured Joan Logghe, Levi Romero, Terry Jacobus, and Al Simmons.

As well as TPC performances, these archives include EXHIBITION POETRY BOUTS, readings in the DEAD POET SERIES and other events. The nXt GENERATION YOUTH POETRY SLAM involved those under twenty years of age, whereas the OPEN SLAM included poets of all ages.

The items listed represent only a portion of the Archives holdings. We are in the process of accessing all old videotape and transferring to digital formats. As we prepare new programs from this historic footage, more performances will be added to the list. So check back regularly.

Click below to purchase videos of performances from the series: 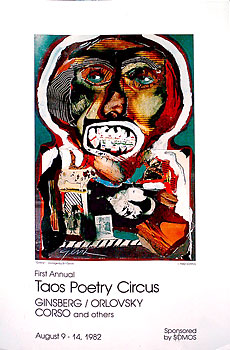 Prefer ordering via Snail Mail? Order poetry performances via snail mail by visiting our Mail Order page to download and print the order form. We accept purchase orders. Questions? Send us an email at: orders@minorheron.org.